This story has an abrupt ending because I woke up suddenly in the middle of the night.

There exists a large corporation that deals with lot of businesses and investments. It is headed by 6 men who are blind. Nobody knows the complete whereabouts of these men, but it is rumoured that they are like a board and one of them is the chairman. The headquarters of the corporation has a peculiar structure that of a hexagon. From the people who have seen the inside of this building, the rooms are also hexagonal. Its as if everything that they deal with is related to the number 6 somehow. The 6 board members of this corporation occupy the top floor of this building where no one has access and you have to reach that floor by climbing hexagonal shaped stairs. Since its a no entry zone, no one in this building has ever seen them.

A strange advertisement pops up in a local newspaper, which mentions of a requirement for personal secretaries for the 6 board members. Somehow the recruitment happened and 6 ladies were hired as secrataries to each of the board member. Nobody knew how they were hired, but people started seeing all the 6 ladies going up the hexagonal stairs every morning. 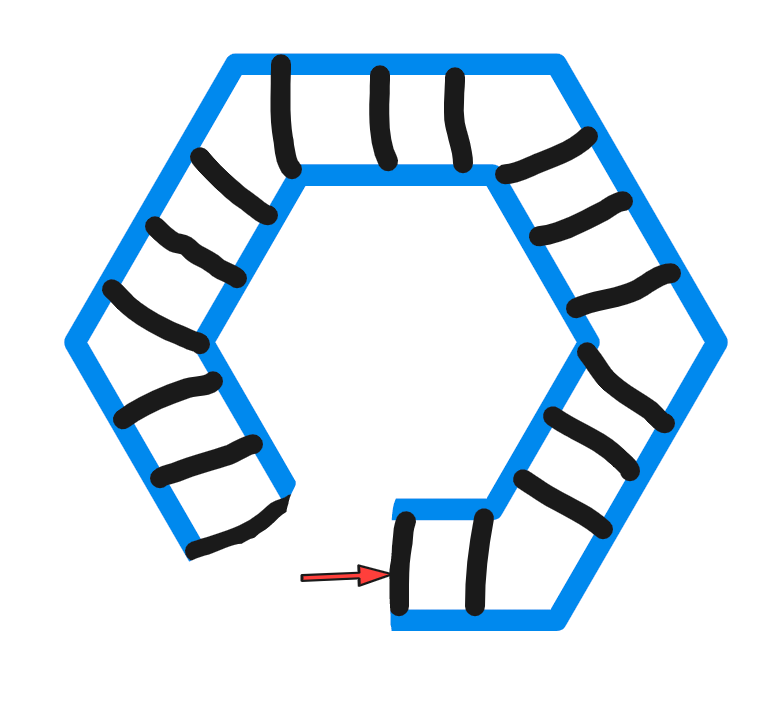 On the evening of one day, when everyone was about to leave the office, the employees heard gun shots from the top floor. They rushed to the spot and for the first time in their lives, they see 2 of the board members. They both were standing on the stairs along with their secretaries. The one standing on the upper set of stairs was shooting the other guy. Since he was not able to aim properly, the secretary was helping him to point the gun and he was pulling the trigger. The other guy who was standing at the lower set of steps was shooting to the foot of his colleague. Finally both of fell down on the floor and bled to death

I am an investigator and is put in charge of this case. I visited the building to view the crime spot. I got invited to the top floor, the room where no one else has entered, to meet the chairman of the board. Once I start talking to him, I understood that he is practically unaware of anything that is going on in the outside world, even his own company. When asked about being blind, he told that none of them are blind and he dont know who put out such a narrative in the outside world. He also said that the appointment of secretaries was also not done by him, but was suggested by someone else. Then I saw Gagan standing at the coffee machine in the room. My thoughts went like, nobody was allowed in the topfloor, but why is here. When I came back to my senses Gagan was pointing a gun to my forehead and before I could think of anything, he fired.